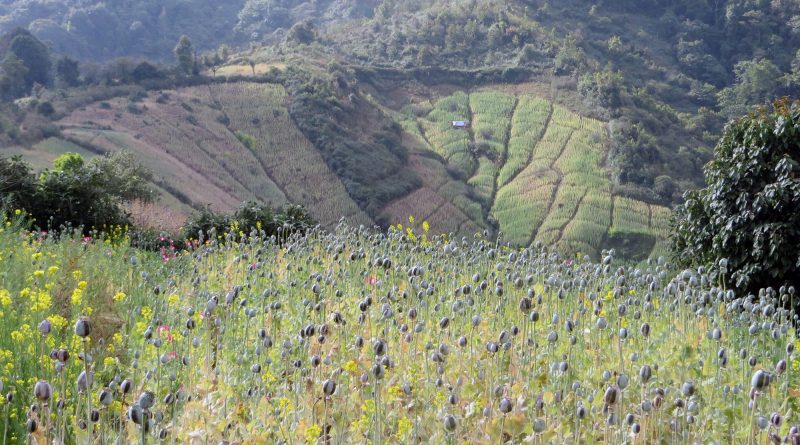 Bangkok (Thailand), 8 April 2022 – The United Nations Office on Drugs and Crime (UNODC) opium survey for Myanmar has found that cultivation in Myanmar between September 2020 and January 2021 increased for the first time since a downwards trend started in 2014.

The report “Myanmar Opium Survey: Cultivation, Production and Implications” analyses data collected just before the February 2021 military take-over, showing an increase of 2% in cultivation area from 29,500 hectares (ha) to 30,200 ha, and an increase in yield of 4% to 423 metric tons (mt). While overall cultivation is far below 2013 and 2014 levels, and it is not clear if the change reflects a longer-term trend, it is a concerning development given the socio-economic crisis which began with the COVID-19 pandemic that has accelerated over the past year, and the general expansion of regional drug markets.

UNODC Regional Representative Jeremy Douglas remarked, “The data reflect the situation before 1 February 2021, but it has to be seen in the context of Myanmar’s ongoing crisis and deteriorating economy, and the instability faced by farmers in areas where the opium economy is a traditional and largely crisis-proof employer.”

Shan State has continued to be the location of the vast majority of poppy cultivation at 83% of the national total but only showed a small increase of 1% over previous years, while Kachin State bordering India and China showed an increase of 17% over the previous year.

In spite of the continuing regional shift towards the production, trafficking and use of synthetic drugs, Myanmar’s opium economy generates substantial profits both within and outside the country. The latest findings put the value of opium in Myanmar at US$ 0.5-1.1 billion, and at the same time heroin from Myanmar contributes significantly to the regional drug market which has more than 3 million heroin users consuming approximately US$10 billion worth of the drug per year.

Farmers and rural communities in Shan State and other poppy-growing areas have relatively little to gain from the transnational drug business based on their crops. However, increasing wholesale prices – for the first time since 2016 farm-gate opium prices have gone up – and a much less stable economic and security environment make opium more attractive. “Poverty is the key reason for farmers to consider poppy cultivation in Myanmar,” says Benedikt Hofmann, UNODC Country Manager for Myanmar, “As a new dynamic in the opium economy appears to be taking shape, promoting economically, socially and environmentally sustainable livelihood opportunities will be one of the few ways to address the illicit drug situation in Myanmar, both in the context of increased instability and as a long-term impediment to peace and sustainable development, in particular in Shan State.”

Data on the 2021-2022 cultivation season is expected to be available later this year.

Click here to learn about the UNODC Regional Programme for Southeast Asia and the Pacific. 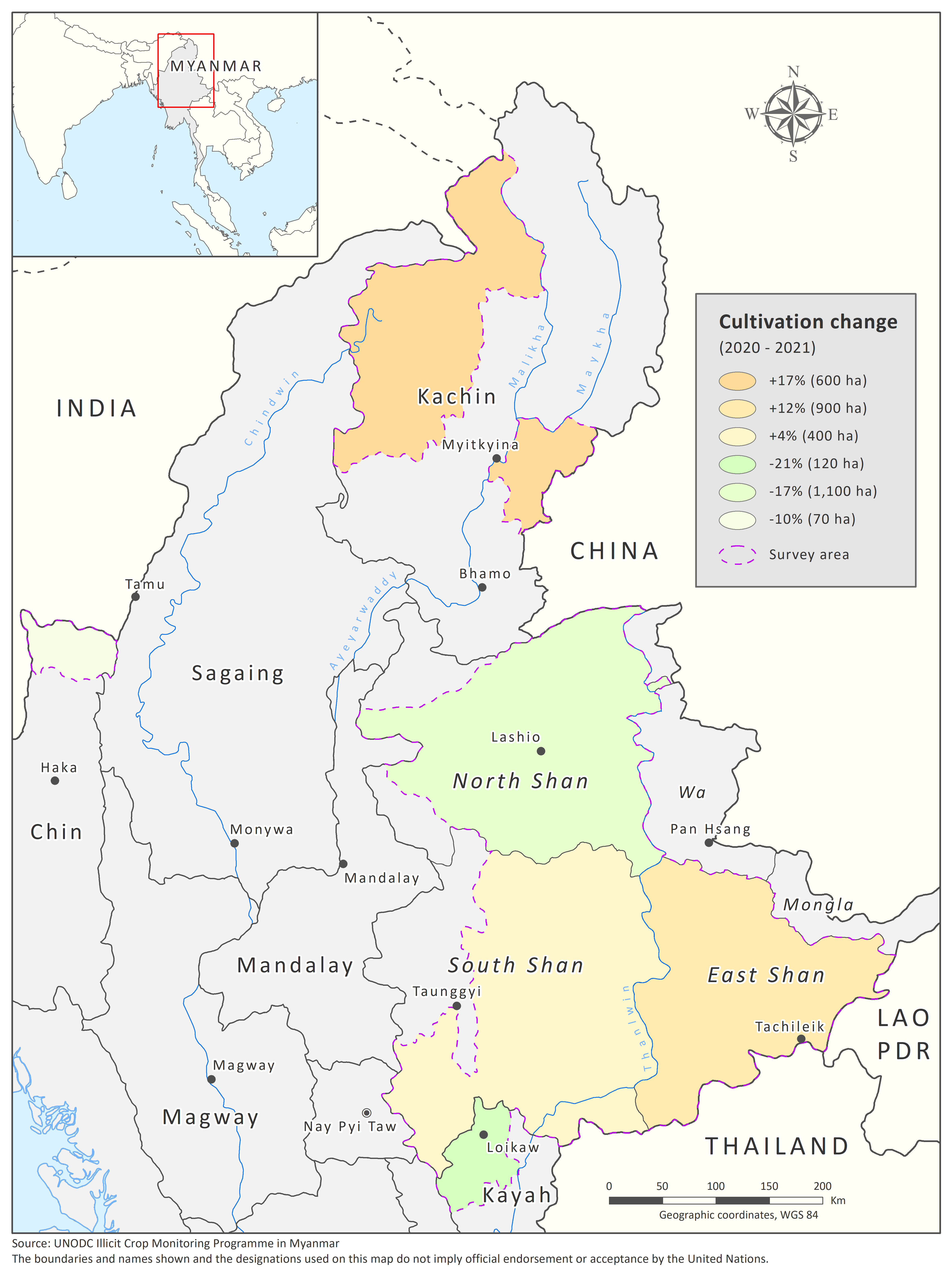 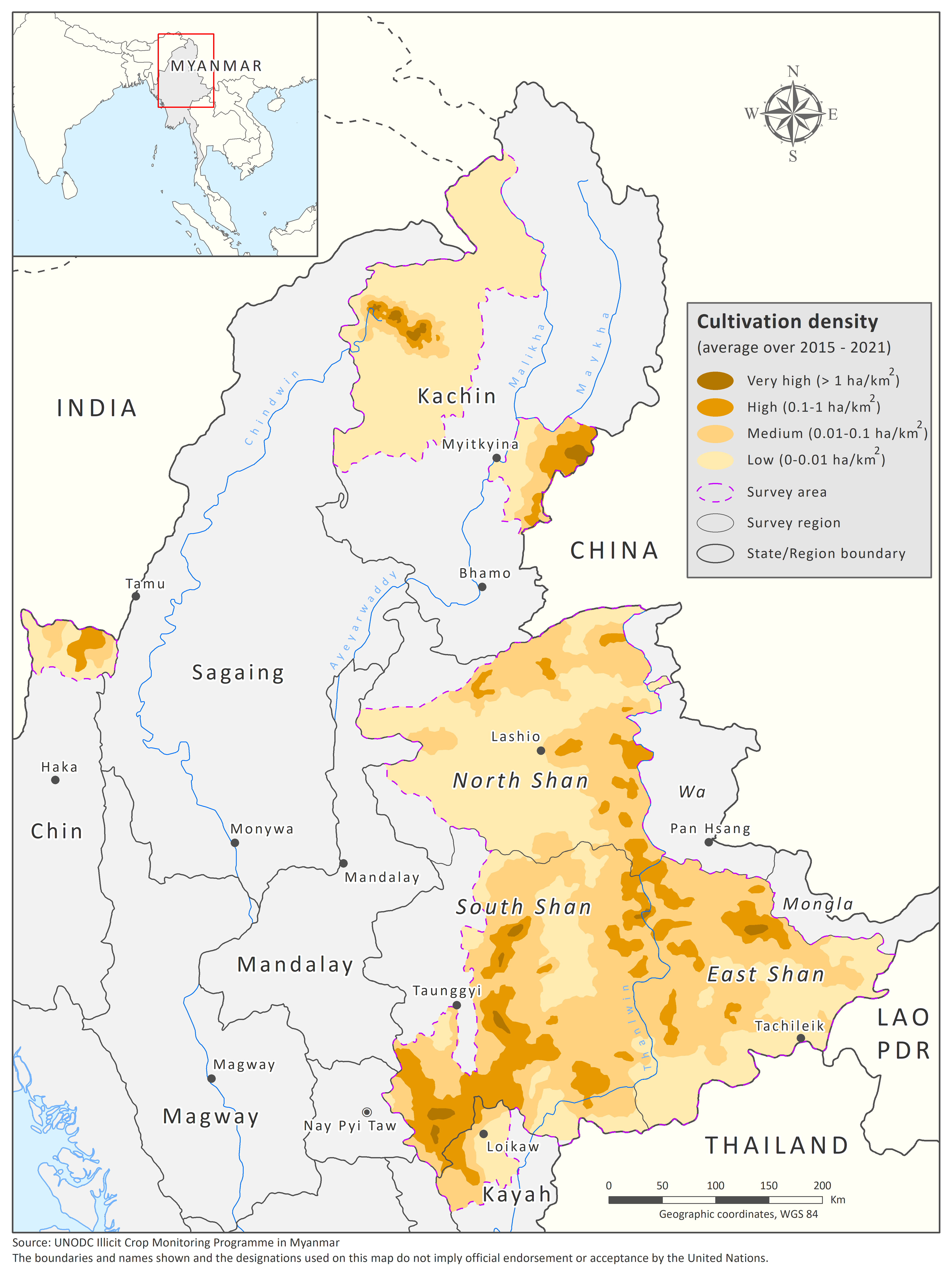 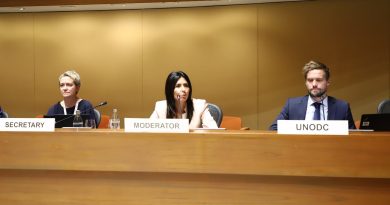 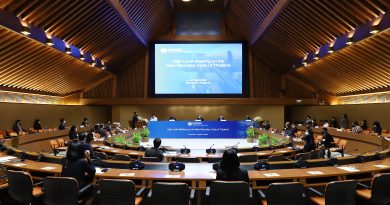 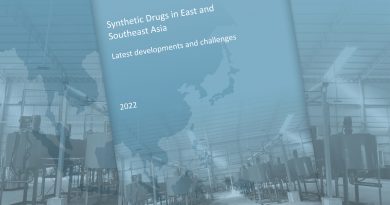 UNODC report: over one billion methamphetamine tablets seized in East and Southeast Asia in 2021 as the regional drug trade continues to expand