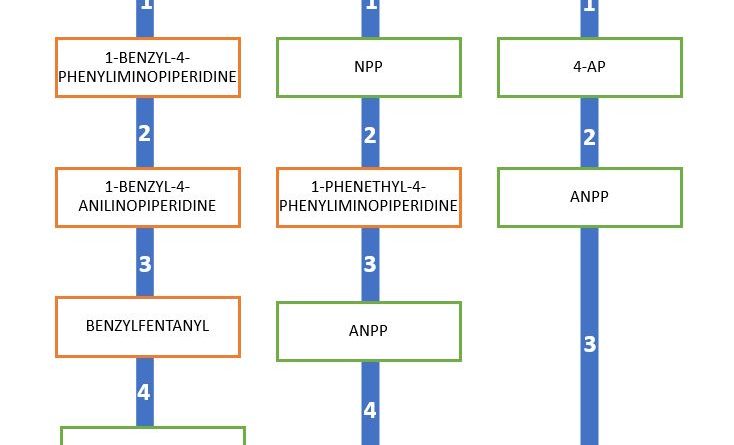 VIENNA, Austria – April 2022: At its 65th regular session from 14 to 18 March 2022, the Commission on Narcotic Drugs added three precursors that can be used for the manufacture of fentanyl and its analogues to Table I of the Convention against Illicit Traffic in Narcotic Drugs and Psychotropic Substances of 1988.

Added to the Convention against Illicit Traffic in Narcotic Drugs and Psychotropic Substances of 1988:

Fentanyl is one of the major contributing drugs to the opioid crisis in North America. The US Centers for Disease Control and Prevention estimated that in the 12-month period ending in October 2021, more than 105,000 Americans died of drug overdoses, with 66 percent of those deaths related to synthetic opioids including fentanyl.[i] Fentanyl and its analogues can be manufactured via a variety of different synthesis methods (see Figure 1), each of which involve the use of specific precursor chemicals.

In 2017, two main precursors namely N-Phenethyl-4-piperidone (NPP) and 4-anilino-N-phenethylpiperidine (ANPP) were placed under international control. Since that time, traffickers have adapted their approach to use alternative precursor chemicals for fentanyl manufacture. Three of these precursor chemicals, norfentanyl, 4-AP and 1-boc-4-AP, have now been placed under international control.

Figure 1: Selected methods for the synthesis of fentanyl

Placing the precursors of the most common synthesis routes used in illicit fentanyl manufacture under international control, gives governments the necessary legal base to seize illicit shipments of these chemicals. Moreover, governments can take stronger measures to prevent their diversion from licit industry and collaborate more closely across international borders. Consequently, more risk and costs for traffickers are involved to source these chemicals for their illicit business.

To assist the work of law enforcement, forensic drug testing and toxicology laboratories, UNODC provides analytical information on NPS in the UNODC EWA as well as assistance in the areas of quality assurance, provision of manuals and guidelines, field detection, and training.[ii]

[ii] Please see: UNODC, Guidelines for the Safe Handling of Synthetic Opioids for Law Enforcement and Customs Officers (September 2021) and UNODC, Recommended methods for the Identification and Analysis of Fentanyl and its Analogues in Biological Specimens (November 2021). 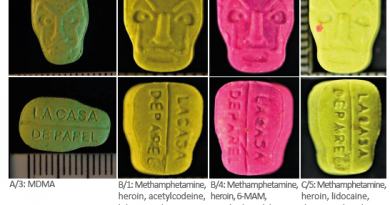 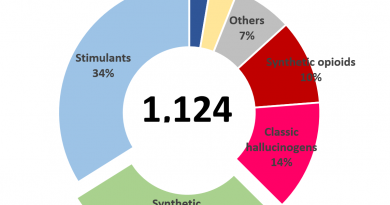 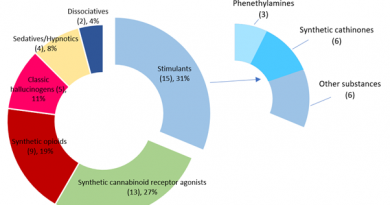 UNODC EWA: Stimulants were the largest groups of newly emerging substances in 2021